This is my last post on the blog as I am now posting a nature and artist diary on the Twitter address  above.

Thank you to all my faithful readers and I hope you will continue to follow me.
This change is brought about mainly because blogging does not reach as many readers as Tweeting and it allows me to engage with others of similiar interests which I find very interesting and stimulating.    So please come too. 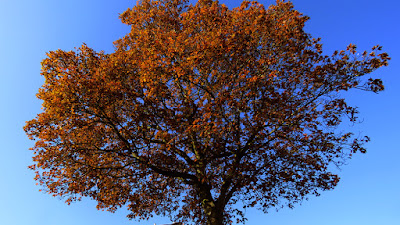 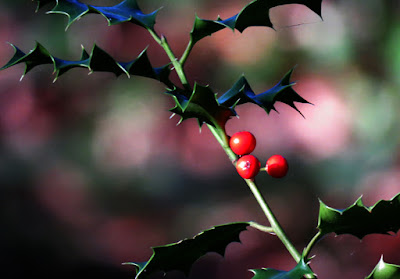 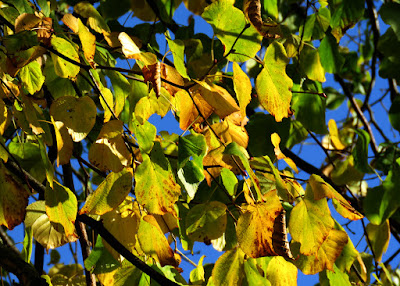 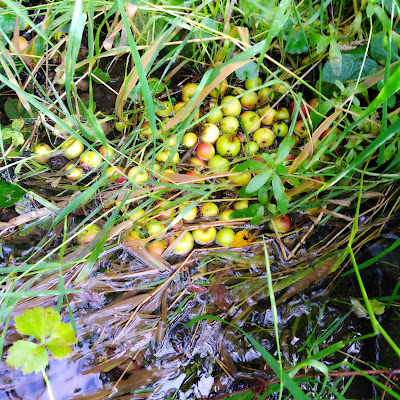 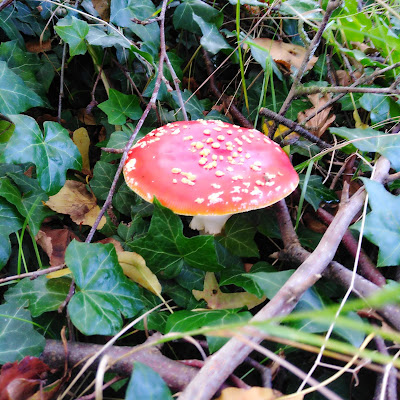 As a S.A.D. summer sufferer this past season has been pretty difficult and that is not accounting for the current appalling politics. I do not know how wildlife cope. Supposedly like humans some love it some hate it. Too hot, too humid, too noisy, too crowded and too long.   Now autumn has set in with wind, rain and fresh air I am a much happier person and less grumpy to get on with. 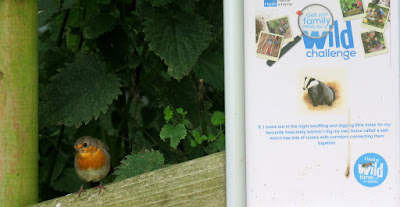 Most of Swifts and House Martins have left for Africa except one or two pairs who may be having second broods.   Strangely though there is also still one lone swift still floating about in the empty blue sky.

The wind has turned around to the west and brought in a refreshing autumn....what joy abounds. Winter birds are returning, Canada Geese, Lapwings and  Godwits to name a few. The recent Wirral  Wader Fest viewing migrating birds passing through on migration has been one of the best ever recorded.....and I missed it........BUT the robin has started singing again. First quietly practising in the shrubs but now loudly laying claim to the garden. This one this ear is very feisty and sees off all comers small and very large with equal vigour.  Tackling a Woodpigeon must seem like trying to shift an elephant.


The Painted Lady butterfly invasion seemed to mostly pass us by, but I did manage to spot 24 of them on a dilapidated looking buddlia behind Heswall Fire Station one baking hot day. 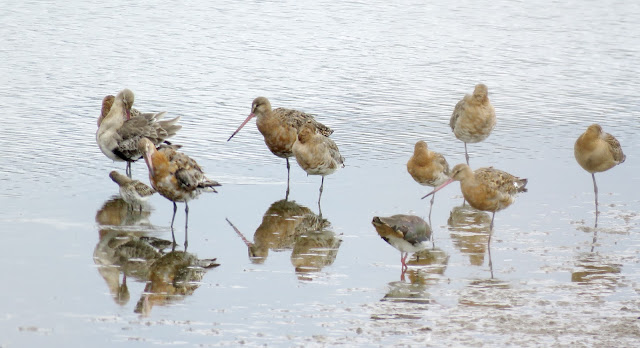 Gems in the Dunes 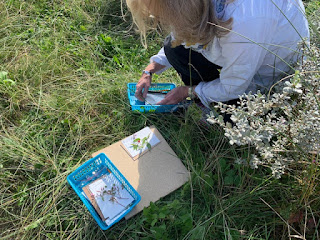 Over the summer there were several interesting outdoor artistic events aimed at adults for a change. A friend and I attended a cyanotype workshop with artist Sian Hughes and the rangers on the Ainsdale Dunes.  (Cyanotype is a photographic method of exposing coated paper to UV light and developed  with water.)

Using wildflowers and grasses collected on the day, we processed several plates, one of which will be used in an exhibition.     Fortunately it was a very sunny and warm day otherwise it would have difficult exposing the prepared plates. 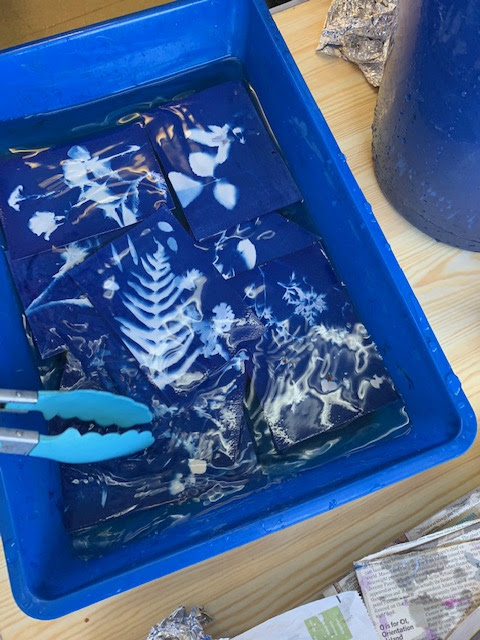 This little hidden gem behind Heswall Bus Station sells the work of local artists and  runs  craft and art classes tutored by professionals in their own fields .  Even as a total beginner I managed a couple of decent pieces of work.  They proprietors have high hopes of extending into a community art centre with eco cafe.

Fortunately a lot of my tools and inspiration from printmaking is very transferable and useful.
So grunge is still in. 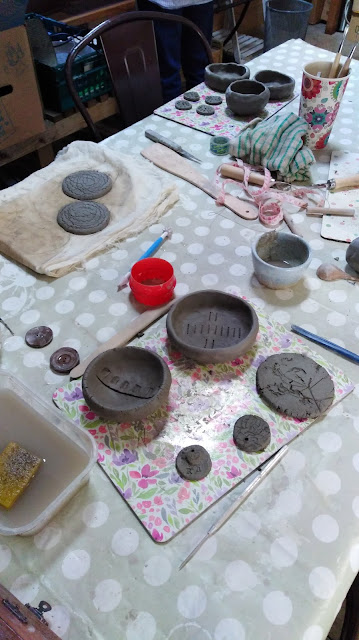 Silent is the air

Reflecting whilst basking in the unusual silence of a  balmy Sunday evening it became obvious that the expected absence  of bird song was not so prevalent as I presumed at this time of the year.   In the distance a song thrush was making a fair copy of a goldfinch warble and    A languid jackdaw hicacked across the gardens to join  pair of woodpigeons ...'the Lord knows...don't you know ....from the roof behind.

When trying to identify and remember bird songs and calls I have discovered it is best to create your own phrases that represent individual calls.  This is partly because no  one song is the same  and it helps to recognise if it is the bird  you heard before and  partly it  superbly concentrates the mind on the phrases used by the bird.  I write these mnemonics down in my bird book so I can check them again.

The sitting finished with a visit by a pair of Coal Tits, whose 'whizzer whizzer' has alluded me for years until I was lucky enough to see them  and hear them at  the same time. 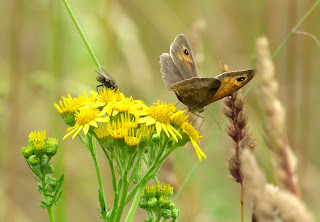 
Although peaking  much later than last year butterflies have been in great profusion. Unfortunately this cannot be said for the bees.  A steep decline in the number of bees and insects is continuing at a dramatic rate.


I decided to have an attempt  at eco printing  'fresh'  green leaves instead of autumnal falls.  The final  effect was a more delicate than previous attempts,  as less mordant was used.  I have also since found out that collected natural material can be preserved for some considerable time before reactivation for use.  This takes the pressure out of collecting and using the leaves quickly and results in a  more planned considered arrangement. 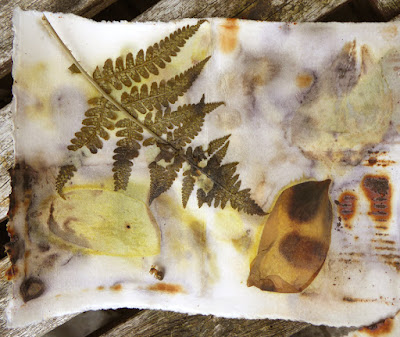 Yellow and pink fallen rose petals give beautiful  subtle shades and stains to the paper accentuating the leaf imprints. 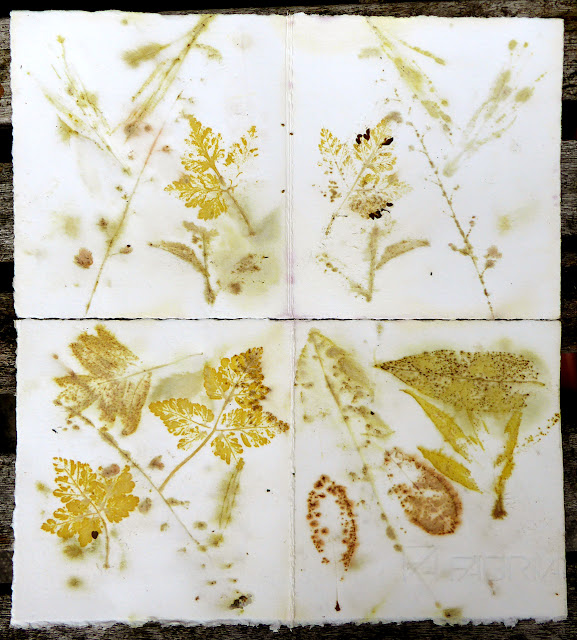 RareHare
As an artist, photographer, ornithologist and conservationist, through observing, touching and recording I endeavour to reflect and capture the fragility of the earth. By experiencing the otherness of nature I try to encapsulate this into my creative work. 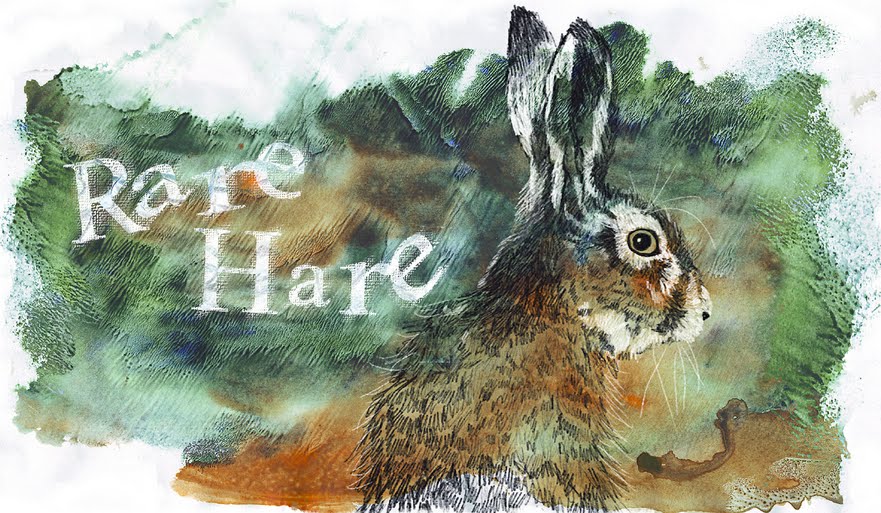 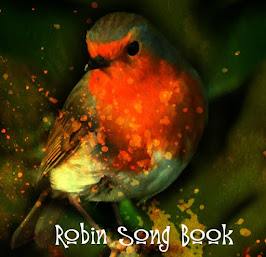 Individually handmade folding books are available for purchase from the website